Throughout human history, ‘Light’ has played an important role in ceremonies and special events, especially during the winter months when we need an escape from the darker evenings. Light is a symbol of joy and of life-giving power. Displays of lights lift our spirits in difficult times.

And so it was that in 2014 the actions of two local young women triggered a ‘Christmas Lights’ campaign in Bexhill, when the pitiful state of our tree lights had reached an all-time low. The then District Council had funded Christmas tree lights in Devonshire Square which resembled a rather jaded giant tea cosy, and the residents revolted. 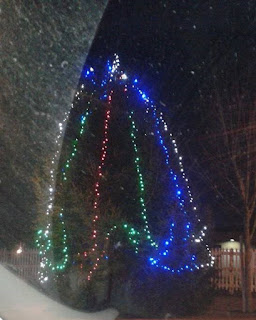 Through publicity in social media and the local press, these two young women persuaded the council to allow them to redecorate the tree, and the contractors were called back to rearrange the lights. With such a short time scale the improvements were necessarily limited, but it was the start of something much bigger. In 2015 three Bexhill residents subsequently formed a not for profit company called ‘Shining Lights’. They organised fundraising events and sought sponsorship and donations. With the help of a council grant, they created a beautiful display of Christmas lights, together with a  market and entertainment in Bexhill town centre for the next three years. 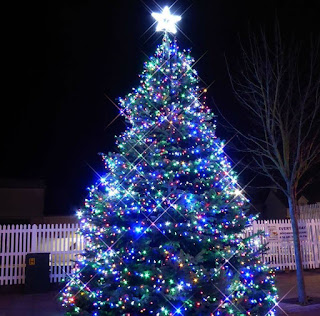 However, the thorny problem of funding remained. Good public displays of Christmas lights, properly and safely installed, are enormously expensive, and the struggle to raise money continued. In 2019 a new Community Interest Company ‘Light Up Bexhill’ was formed by a different group of residents. They took over the task from Shining Lights and organised a lovely display of lights in Bexhill town centre, as well as an illuminated procession and small Christmas market. 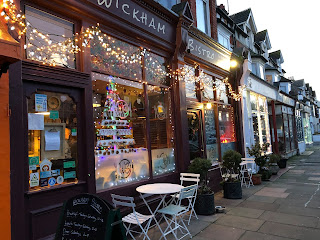 Nevertheless, the problem of funding continues. Friends of Bexhill Events (of whom I am the Chair) has helped each year to raise funds for both Shining Lights and Light Up Bexhill and, whilst appreciating the generosity of some donors, I have witnessed first-hand, continuing difficulties to raise sufficient funds for a decent display of Christmas lights in Bexhill. This is something that the new Town Council for Bexhill might choose to investigate once established in 2021.

In the meantime, the residents of Bexhill have an extra problem this year if they want to see a good display of lights in Central Bexhill in 2020. The Covd-19 pandemic has prevented the organisation of many fundraising events, and with a number of businesses in Bexhill struggling to survive, opportunities for sponsorship are very limited.

Despite tough times, I suspect that most residents would agree that having a good display of lights in Bexhill town centre this Christmas will lift our spirits at the end of an unexpectedly difficult year when both our morale and our mental health have been massively challenged.

Friends of Bexhill Events are doing our best to help raise some money for the lights in 2020. We have a virtual quiz planned, as well as a raffle, street collections, collecting boxes in shops, and a just giving page. We know times are hard, but if every adult in Bexhill donated a few pounds each, we would have enough money to support the creation of a display of lights which would bring joy to children and adults alike and hopefully encourage local shopping. Bexhill has a strong community tradition. Let’s hope we can make this a Christmas to remember.

If you are able to donate, please click here...

This blog is the personal view of Claire Baldry and is not written on behalf of any other group or individual.