Last week I received a digital copy of Cassandra Farren's honestly written short book 'I've Lost My Mum'.  It plots her family's journey as they try to cope with her mother's growing dementia. I didn't intend to read the book in one sitting, but I couldn't help myself. It brought back memories of my own family's struggles, and I needed several packets of tissues to get through it. It wasn't always an easy read, packed full of detail, but the book was grounded in a reality which I experienced through Cassandra's writing. 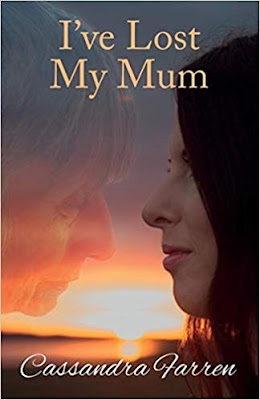 When it comes to dementia, there are, of course, increasing numbers of people with a tale to tell. This is hardly surprising in so far as average ages are rising, leaving far more time for some of our brain functions to develop symptoms of wear and tear. What does concern me though is that, in an era where we hear about scientists planning to visit Mars and technologists developing cars which drive themselves, a cure for dementia has not yet been found, nor even an effective way of slowing its progress. The provision of care is still patchy, and one person's dementia continues to invade a whole family's life. It torments our relationships and emotional well being with long-lasting impact.

It was over fifty years ago, when as a teenager, I was told that my own grandmother with dementia had been rescued from a motorway wearing only her nightdress, and then almost forty years later that her daughter (my late mum) had also lost the capacity to complete even simple tasks. As a family we had anguished over how best to support both my grandma and my mother. Now almost fifteen years further on, we still feel the hurt, but  we tend to use humour to protect ourselves from the most painful questions. "What will you do" I asked my husband one day, "if you are concerned that you might find me on the motorway in my nightie?"
"I will buy you an expensive nightie" he replied. "I'm not having you going out in anything cheap."
I am now in my sixties, and I remember the good times with my mum and my grandma. I exercise my brain as much as I can, and I sincerely hope I take after my father who was thankfully mentally alert until the very end of his life.

Anyway, to return to Cassandra's book... she brings the whole issue to life with her honest and empathic writing style. As I read, and I watched her Mum deteriorating, I felt a daughter's pain, but there were some warm moments too which I was privileged to experience alongside the author.

In the 'About the Author' section at the end of the book, it says "Cassandra’s mission is to create a new generation of heart-led authors who collectively make a difference in the world, one book at a time." By chance my writer's group paid a visit to a nursing home this week. We sat alongside the residents, some of whom were in quite severe stages of dementia, and we talked about our writing and shared excerpts. I have no idea if our visit will remain in the memories of some of the residents, but for the time we engaged with them, they laughed with us and showed a passionate appreciation of our work and the fact that we had bothered to make the effort to visit. Every member of our writers group came away feeling empowered. I totally believe in Cassandra's perception of the power of writing to make a difference. 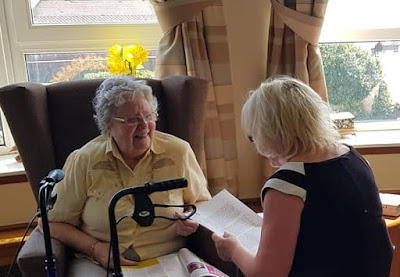 This is the link to Cassandra's book which was published today just before the start of Dementia Action Week. I commend her for having the courage to write it, and feel confident that the book will play a significant role in raising awareness.
You can also check out her website
Posted by Claire Baldry at 08:45