Can Writers Change the World?

Today I have chosen to include some of my own thoughts in the Blog Tour for 'Simply Modern Life'. I am using this opportunity to reflect on just how important the writing of poetry and fiction is for every civilised society. 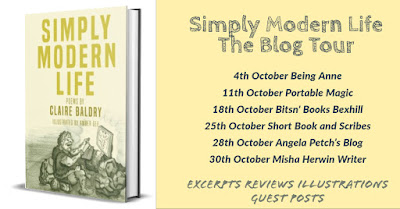 Can Imaginative Writing Change the World?
Imagination is the ability to think ourselves into a situation or emotional state which is not our own. It is an essential tool for authors of fiction or poetry. They must, of course, also demonstrate the capacity to communicate their imaginings in writing.
Imagination is indeed so powerful that in 380 BC Greek philosopher, Plato, banned all poetry from his fictional republic claiming that it was dangerous.  Plato lived at a time when poetry was the main form of fiction, and was often used to manipulate human thoughts in a way that tabloid journalism sometimes does today. I understand his reasoning, but I fundamentally disagree with Plato’s point of view. Imaginative writing, both poetry and prose, is one of the most powerful gifts available to change human society for the better.
Used well, imagination transports us into magical worlds which lift our spirits. It also allows us to visualise the consequences of our intended actions, before we cause chaos. There are numerous examples in, say, the development of medicines, where a scientist has had the imagination to take an accidental discovery, and use his or her imagination to envisage life changing consequences. Without imagination there would be no anti-biotics.
Immersing ourselves in stories and poems is a fundamental route to lifelong creativity. The dangers of a school curriculum  which seems to value ‘the basics’ more than imagination and emotional well-being cannot be overstated. We risk producing a generation of young adults who suffer disproportionately from stress with an impaired ability to ‘think through’ their ideas.
You only have to look at recent mistakes made by politicians from all political persuasions to see the unintended outcomes which can arise from a lack of imagination. Examples are everywhere, from re-organisation of benefits causing poverty to lack of regulation of social media which allows online hate and criminal activity. Of course, everyone makes mistakes, but a succession of governments seem to have caused more problems than they have solved through a desire to be seen to be seen doing good, but the inability to stop and fully imagine the consequences of their actions.

We must never underestimate the power of reading and writing fiction and poetry. It stretches our imaginative processes with a workout worthy of the Olympic Games.

I really do believe that writers have the ability to change the world. 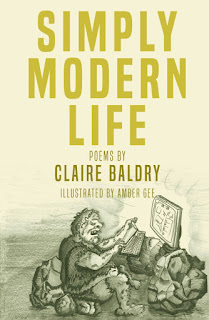