BFOR BLOG BLITZ: How it all Began 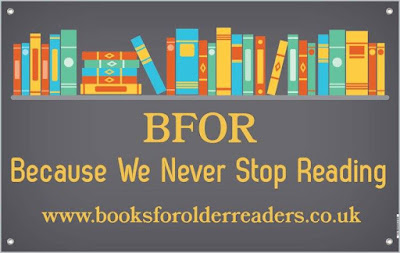 This is me, Claire Baldry. I’m a retired headteacher and English advisor. I've published five small poetry books, one novella and two novels. I set up the BFOR facebook group and website in October 2017. 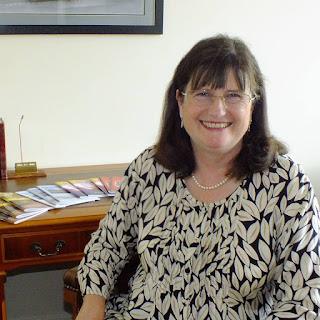 The trigger was a chance remark I made on a wonderful facebook group called ‘Book Connectors’. I can’t remember the exact wording, but I mentioned how publishers and agents seemed to place little importance on books with older characters or themes. The resulting discussion was long and passionate, and the response was massive. A very large number of writers and readers expressed their concern that they felt that later-life issues were not considered of value in the publishing world. So I set up a facebook group to focus on this issue and then a website where we could showcase books which fitted with the themes which we were beginning to develop. Here are the links:

Books For Older Readers Facebook Group
Books for Older Readers Website
Almost two years later, the facebook group is still growing, and we now get more than a thousand hits on the website every month.

It hasn’t all been plain sailing. Despite acceptance of ‘chick-lit’ and YA in fiction in the publishing world, a proportion of readers and writers accused me, sometimes even abused me, for daring to suggest that some themes tended to appeal more to an older audience. Not wishing to appear ageist or in some way belittling the interests of readers, I grappled with the vocabulary. I couldn’t help but feel that we were victims of a Western Society which can be very negative about ageing. We often hide the idea of growing older in euphemisms such as ‘senior citizen’ or 'third age'. As a newly established group, we discussed this issue in depth.  We eventually moved away from defining a specific age group and settled for the idea of a variety of themes which tend to appeal to readers in mid-life and beyond. We didn’t want to tell people what to read, but rather to promote a wider choice. The website developed into pages of online bookshelves crammed full of books which fitted our themes. Wishing to promote the positive aspects of ageing, we kept the word ‘older’, decided to use it proudly, but added the strapline ‘Because we never stop Reading’.

We began to broaden our activities. We now send out occasional newsletters, organise giveaways, and have run a stall at a local Litfest’. 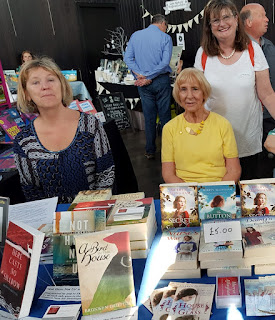 Many of our members continue to blog passionately about the cause and have taken up invitations to take part in interviews about BFOR including a great ALLII podcast. One of the highlights for me was my inclusion last year in an interview about books with older protagonists on BBC Radio London.
A large number of  authors now want their books to be included on the site, and the website is now so popular that I regularly have to close submissions in order to catch up. I am particularly proud of our ‘Book Club’ page where readers can download free book-club questions written by the authors. It also includes some group discounts for book clubs.

Do we have a future goal? Not a clearly defined one, though we are undoubtedly making progress. Other websites, bloggers and occasional publishers are starting to take an interest. It would be good to see more bookshops and online sellers taking note and beginning to signpost readers to books which might specifically appeal to readers in mid-life or beyond. It would be even better if more agents and publishers recognised the value of an older generation of readers who want to be taken seriously and spend their time and money on books with themes which appeal to them.

What we have achieved already is an amazing community of readers, writers and bloggers (mostly aged over 40) with a common interest.  I feel proud and honoured to be a part of it. This month long Blog Blitz, which starts today is evidence of how far we have come. Please drop in and read the posts. I feel sure you won’t be disappointed.
Likely themes within the books are second chances, late life career changes, adjusting to retirement, bereavement, love in later life, divorce, relationships with adult offspring and ageing parents, and stories with older characters whose age is in some way central to the plot. At least some of the content is likely to reflect the perspective of the more mature characters, albeit sometimes in a very subtle way.