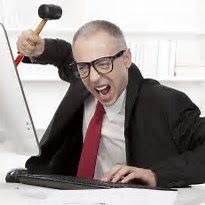 Before I begin, I wish to state that I am writing this post, as someone who is very interested in the way we use language on social media. I am not a member of any political party, and have always voted locally for what I feel is best for my hometown regardless of the candidate's political allegiance.

The reason I have to state this is because we have a local election coming in up in my hometown of Bexhill. The list of candidates was announced today, and a variety of opinions have already appeared all over social media, some funny, some informative, some with covert messages, and some downright unpleasant. For anyone who is robust enough to engage about politics on social media, this will come as no surprise. The allegedly ‘sleepy’ town of Bexhill on Sea is not immune to online sniping, and feelings are running high.

Anyway, you will be relieved to know that I am not intending to weigh up the pros and cons of any political proposal in this blog post. The election is only relevant to what I am saying, insofar as I have been reflecting on the sometimes underhand methods which some people use on Facebook to promote their particular cause.

I’ve had a bit of fun and invented vocabulary for the subtle and not so subtle methods which I have observed. It isn’t really funny though. At best, the methods below are misleading, and at worst they downright malicious.

So what am I hoping to gain from this blog post? Probably not a lot, but if one person more feels strong enough to confront the perpetrators, then I will have achieved something.

Can you think of any more examples?